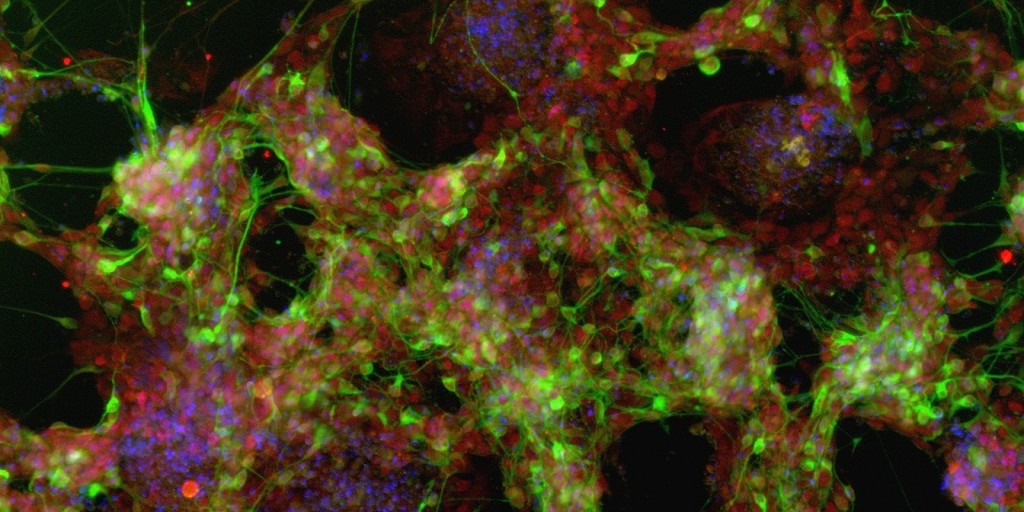 GFORCE-PD: A NEW GLOBAL INITIATIVE AROUND STEM CELL BASED THERAPIES FOR PARKINSON’S DISEASE

On the 4th and 5th May 2014, at the Russell Hotel in London, a group of researchers working around stem cell based therapies met to discuss how best to take this treatment forward to the clinic for Parkinson’s Disease (PD).

The groups invited included representatives of two European consortia-TRANSEURO and Neurostemcellrepair ; a group from New York, MSKCC; California- CIRM and the Japanese CiRA as well as Tilo Kunath from Edinburgh who works on an MRC/Cure-PD grant to derive dopamine neurons from GMP grade human ES cells in the UK. The meeting was a joint initiative supported in part by TRANSEURO and NeuroStemCellRepair with some help from Parkinson’s UK.
The meeting began with a brief history of the fetal ventral mesencephalic (fVM) grafting programme that began in Lund in Sweden in the 1980s. Anders Bjorklund presented the early experimental studies that lay the foundation for the first successful clinical trials that were initially open label, before progressing to the NIH funded double blinded studies that came to a rather different conclusion. The story was then taken on by Roger Barker who led a discussion on TRANSEURO beginning with a series of initial workshops from 2006-2009, which sought to better define what was known about fVM trials and laid the foundation for the TRANSEURO trial. He then went on to discuss the new fVM trial which should commence at a number of European sites this year. Underpinning this new clinical trial is recent experimental data which better defines patient selection and evaluation; trial design; tissue dissection and preparation as well as tissue implantation. This trial hopes to show that grafts of human fVM can give consistent and robust results in earlier stage, younger PD patients and by so doing provide a template for the next round of stem cell based trials. One consortium working towards this is NeuroStemCellRepair, which was a follow on project from NeuroStemCell. Both these consortia have been led by Elena Cattaneo who explained how the projects are striving to define a safe stem cell derived authentic nigral A9 neuron for use in PD patients. This work is led by Malin Parmar and Ernest Arenas, and all three explained that this was being undertaken using a range of cell sources and differentiation protocols with human embryonic stem cell being the cell type that have progressed furthest towards clinical from which DA progenitors will be produced and banked under GMP conditions within the network. Catherine Priest from CIRM explained how this funding agency has used its resources for promoting regenerative medicine in the state of California including work around stem cells and PD. This has led to a specific workshop to discuss this issue in 2013 as well as the establishment of alpha stem cell clinics in 2014 which should allow patients with a range of conditions, including PD, quick access to new experimental therapies including cell based ones. Lorenz Studer, Claire Henchcliffe and Viviane Tabar for NYSTEM discussed the structure of their recently awarded large programme grant which seeks to build on their pioneering work making midbrain dopamine neurons from human ES cells. This work involves using existing protocols and making them GMP compliant whilst also seeking to improve the yield of the A9 dopamine cells and their innervation potential. It is then hoped that these cells will then be used in a small phase I clinical study in patients with PD. The structure of this trial and the mode of graft delivery were discussed as well as many of the questions that such a trial throws up such as unilateral versus bilateral grafting; cell numbers to be implanted; trial end points; patient inclusion and exclusion criteria and so on – all of which needs to be factored into regulatory aspects of work of this type as defined by the FDA. Tilo Kunath then summarised the preliminary data he has derived from the range of GMP grade human ES cell lines that exist in the UK (currently 39). He explained how these are being analysed initially at a karyotypic level before progressing to more detailed studies to see how each line performs as a source for dopamine cells in vitro. Jun Takahashi then presented the work of the Japanese group who are looking to take human iPS cell line derived dopamine cells to the clinic in the next 1-2 years. They presented data to show how this work has progressed in a stepwise fashion starting with human ES cells, before looking at non-human primate iPS cells and finally cells from patients with, and without, sporadic PD. They have shown that monkey iPSCs can be successfully derived and that when autografted they survive better than allografted tissue from the same source. They are now moving towards a clinical trial in about 6 patients, each of whom will be grafted with dopamine neurons derived from one of their own iPScell lines derived from their peripheral circulating blood mononuclear cells. Finally a discussion led by Patrik Brundin was undertaken to discuss the major issues that the workshop had generated with respect to cell source; differentiation protocol and reagents; cellular identification of the differentiated progeny; the need for testing in animal models and the structure and protocols that would best serve any clinical trial involving these cells. This led to a concluding session that sought to try and better harmonise work between the different consortia with the ambition that the group- GFORCE- would be able to better take these cells to the clinic if they all worked more closely together whilst maintaining their own individual identities and regulatory peculiarities. At the conclusion of the meeting, a further workshop was planned for 2015 that will take on some of the above challenges whilst also seeking to better design clinical trials with such cells. This, it is hoped will give critical information, which in turn will inform the next round of such trials.