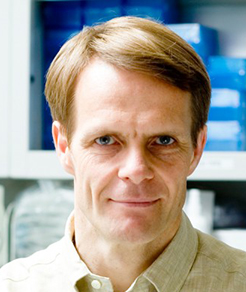 Jun Takahashi is a professor of Center for iPS Cell Research and Application (CiRA) at Kyoto University, Kyoto, Japan. He graduated from Kyoto University Faculty of Medicine in 1986, and started his carrier as a neurosurgeon at Kyoto University Hospital. After he earned his Ph.D. from Kyoto University Graduate School of Medicine in 1993, he worked as a postdoctoral research fellow at the Salk Institute (Dr. Fred Gage’s laboratory, 1995&1996), CA, U.S.A., where he started a research work on neural stem cells. After getting back to Kyoto University Hospital, he was engaging functional neurosurgery including deep brain stimulation, and also research works on stem cell therapy using ES cells for Parkinson’s disease. He became an associate professor at Institute for Frontier Medical Sciences, Kyoto University in 2007 and spent more time to research work. In 2012, he moved to CiRA as a full professor pursuing clinical application of a stem cell therapy for Parkinson’s disease patients. As a PI and a physician-scientist, he laid the groundwork for the clinical application of iPS cells by developing effective differentiation of dopaminergic neurons, selective sorting of dopaminergic progenitor cells, and optimization of host brain environment that will make human iPS cell-derived dopaminergic neurons to survive and function in rodent and monkey brains. Based on these achievements, he is now preparing to start a clinical trial for Parkinson’s disease using iPS cells. 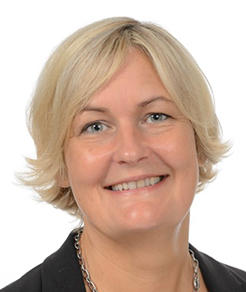 Malin is a professor of cellular neuroscience at Lund University. Together with her lab she has shown in a series of high profile publications how human fibroblasts can be converted into neurons, how glial cells can be reprogrammed into neurons in vivo, and how functional dopamine neurons can be generated from human embryonic stem cells. Her work has a strong translational focus and she is a recipient of a  prestigious grant from the European Research Council (ERC),  a member of several European consortia including NeurostemcellRepair and TRANSEURO and a founding member of the global network GForce-PD. 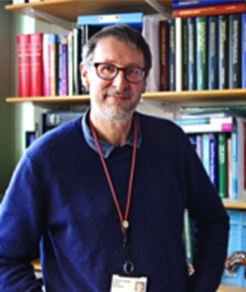 John van Geest Centre for Brain Repair, Department of Clinical Neurosciences, University of Cambridge, Forvie Site, Robinson Way, Cambridge CB2 0PY
Roger Barker is the Professor of Clinical Neuroscience at the University of Cambridge and Consultant Neurologist at the Addenbrooke’s Hospital Cambridge. He is a guest professor at the University of Lund, Sweden and the Edith Cowan University, Australia. He trained in Oxford and St Thomas’ Hospital in London and after completing his general medical training undertook a PhD at Cambridge on neural grafting before completing his neurology training including working with the late David Marsden.
For the last 25 years he has run research that seeks to better define the clinical heterogeneity of two common neurodegenerative disorders of the CNS- namely Parkinson’s (PD) and Huntington’s disease (HD). This he has done by collecting large cohorts of incident cases and following them over time using an array of investigational and assessment tools. As part of this work he became interested in the observation that patients with early stage disease often had disturbed sleep and has for the last 10 years being investigated circadian abnormalities in these cohorts of patients. This has allowed his team to better understand the timing of onset of such problems and more recently their basis and consequences for disease progression and expression.
In addition he has been heavily involved in gene and cell based trials for patients with these conditions and currently co-ordinates an EU funded transplant programme using human fetal tissue for patients with PD, following on from an earlier MRC funded trial using similar tissue in HD. He is part of a new EU project (NeuroStemCellRepair) and a global initiative (GFORCE-PD) that is seeking to take stem cells to trial in these disorders.
He is currently is Co-Editor in Chief of the Journal of Neurology and sits on the editorial board of many other journals. He has just stepped down as the chairman of the ERC Advanced grants in Neuroscience committee, and is on the research advisory board of the Cure PD Trust and Parkinson’s UK. In 2015 he was elected a Fellow of the Academy of Medical Sciences.